The 5 Most Common Sports-Related Injuries 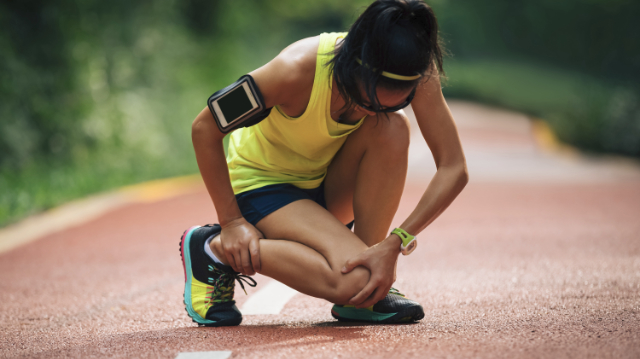 Sports have the power to bring athletes—and their fans—to the highest of highs, as well as the lowest of lows. The highs usually include achieving an optimal fitness level, performing well on a consistent basis, and winning lots of games, matches, or races. The lows can include just about anything that prevents an athlete or their team from reaching their goals, and easily the biggest culprit that can derail this course is injury.

Participating in a sport is one of the best choices you can make for your health, as regular physical activity is associated with a bounty of both physical and mental benefits. But along with all the good that sports can bring about, there is also an inherent risk for injury that unfortunately cannot be avoided. All sports are associated with some risk for injury risk due to their physical toll on the body through contact, collisions, and excessive exertion, regardless of its intensity. While many injuries are minor and only sideline athletes for a short period, others can have serious long–term repercussions.

According to recent statistics, about 8.6 million injuries related to sports and recreational activities occur each year. Injuries can occur in any sport and at any age, but younger athletes report more injuries than older athletes, as approximately 65% of injuries occur in athletes between the ages of 5–24 years. The incidence of injuries is also slightly higher in male athletes (61%) than female athletes (39%), and general exercise—like running and other aerobic activity—and basketball are the most common physical activities associated with injury.

The 5 most common injuries across all sports


The degree of injury risk and the type of injuries that are most likely to occur vary drastically from sport to sport, with higher levels of intensity and physical exertion generally associated with greater odds for injury. But some injuries deserve special attention because they are seen frequently across nearly all sports, often sidelining athletes in the process. Below, we present our selection of the 5 most common sports–related injuries:


In our next post, we’ll look at some of the most effective ways to prevent sports–related injuries.

The information in the articles, posts, and newsfeed is intended for informational and educational purposes only and in no way should be taken to be the provision or practice of physical therapy, medical, or professional healthcare advice or services. The information should not be considered complete or exhaustive and should not be used for diagnostic or treatment purposes without first consulting with your physical therapist, occupational therapist, physician or other healthcare provider. The owners of this website accept no responsibility for the misuse of information contained within this website.